Deprecated: WP_User_Query was called with an argument that is deprecated since version 5.9.0! who is deprecated. Use capability instead. in /var/www/wp-includes/functions.php on line 5607
 How a Digital Detox Made My Life Easier | My Stir Crazy Kitchen It was shortly after Christmas break when it hit me: my children are monsters. Something about the reality of normal life combined with our lax rules over the holidays created an unwanted dynamic in my house. Mainly, two adorable-but-entitled boys who demanded TV and movies and would not listen to a single thing I said. After reaching out to some stay-at-home moms for support and advice, I decided we needed a digital detox. And I can be real with you all — it wasn’t just the boys who could use a reset when it comes to screen time!

I know the word “digital” means different things for different families. For us, our kids are never allowed to use iPads or iPhones because I don’t like the way it makes them act. I can see an instant change in their personalities! So terrifying. However, their reactions to television were less apparent to me — well, at least until we took their tv time away. Basically, whatever “digital” means to you and your family, the most important thing when detoxing is to create a plan and stick to it.

My Tips for a Digital Detox

1. Go Cold Turkey — But Be Strategic

Day one was when the severity of our problem hit me. My four year old was acting like a full-on addict, crying and begging for “just one show.” And let me be clear — the TV wasn’t on all day long or anything — but we would watch a show or two in the morning, and maybe a show or two after nap. Apparently, though it didn’t register to me as excessive, it was enough for them to feel the effects of a withdrawal.

I stayed strong and powered through the first 24 hours, and to my relief I started to see improvements by the next day. He still asked for a show, but didn’t cry or whine (as much) when I said no. We were still nowhere near where I wanted to be, but it was a start. One week in, he was rarely asking for tv time. Plus, when he did ask, he accepted the “no” without a fight. Victory!

During that first week, I also realized the importance of communicating the expectations to all caretakers. I made this mistake and went to dinner with friends, and the little guy talked dad into an episode of Paw Patrol. Although it was a small lapse in adult communication, it really didn’t set us back at all, which is a testament to how well the detox works. Don’t forget to include anyone (babysitters, grandparents, neighbors) who hangs out with your kids — it’s so important to make sure everyone in your circle is all-in on your screen ban.

One thing that is crucial: nice weather. It was so easy for me to have them play outside or even take them to the park to get them out of the tv routine. I’m not sure I would have been able to stay strong if we were in the house all day long! I’d also recommend timing your detox when you know you’re going to have some extra helping hands — whether it’s a weekend and you have your spouse to back you up or you have some family who can pitch in, there’s strength (and safety!) in numbers.

The boys, who are ages 4 and 1 1/2, made such drastic changes in just a few short days. Around day five I noticed that the detox was working and the benefits were already extraordinary!

In one week they were:

– playing together, peacefully
– playing independently, peacefully
– asking for television less (it was still happening, but with no arguments when I said “no”)
– helping more with age-appropriate tasks around the house

I decided we’d made enough progress to reintroduce the TV as a privilege that they (mostly the 4 year old) could earn. This was met with zero resistance, and my 4 year old jumped at the chance to earn a show by doing chores like picking up the play room, putting away his laundry, or whatever task we discussed.

I typically give him two things to do to earn a show: 1) something that I specifically task him with and 2) something he thinks of on his own to help around the house. In the beginning he needed help identifying what he could do to be helpful, but he quickly learned and now he actually does more with the task he chooses for himself versus the one I give him. It’s been an amazing process to watch, and I’m encouraged by his enthusiasm.

One of the biggest things I learned during our digital detox was that I was using the TV to distract the kids for me a lot of the time. I won’t be hard on myself for needing help when I have to get something done, but by encouraging them (and showing them how) to play independently I have more time to get my to-do list accomplished, and I still have time left over to spend with the boys. 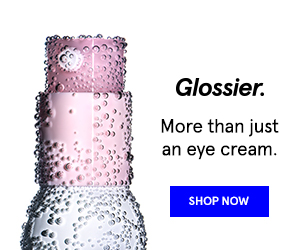 This website uses cookies to improve your experience while you navigate through the website. Out of these cookies, the cookies that are categorized as necessary are stored on your browser as they are essential for the working of basic functionalities of the website. We also use third-party cookies that help us analyze and understand how you use this website. These cookies will be stored in your browser only with your consent. You also have the option to opt-out of these cookies. But opting out of some of these cookies may have an effect on your browsing experience.
Necessary Always Enabled
Necessary cookies are absolutely essential for the website to function properly. This category only includes cookies that ensures basic functionalities and security features of the website. These cookies do not store any personal information.
Non-necessary
Any cookies that may not be particularly necessary for the website to function and is used specifically to collect user personal data via analytics, ads, other embedded contents are termed as non-necessary cookies. It is mandatory to procure user consent prior to running these cookies on your website.
SAVE & ACCEPT
1 shares